Status of one native fish improving, but another remains endangered

Status of one native fish improving, but another remains endangered 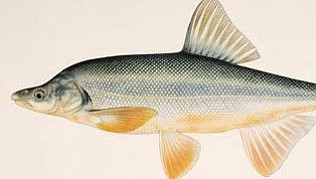 Brandon Messick, Today’s News-Herald
LAKE HAVASU CITY – The Arizona Game and Fish Department will discuss the possible reclassification of humpback chub from endangered to “threatened,” thanks to conservation efforts in the Upper Colorado River Basin. Other fish species, however, haven’t been so lucky.
Humpback chub are native to the Grand Canyon region. Populations have been slowly increasing since 2007, and there are now about 12,000 adult humpback chub left in the Colorado River, according to Game and Fish. The recovery has been credited to collaborative efforts by Game and Fish, private organizations, universities and tribal efforts throughout the state. Humpback chub populations are growing, but in the Lower Colorado River Basin, bonytail chub are still endangered.

The bonytail chub has been classified as endangered since 1980, and their population is steadily decreasing.
“Chub are like a lot of other fish – dams in the Colorado River have stopped their migration, changed the flow of the water and made the river cooler,” Fullman said. “The inclusion of non-native sportfish have also decreased their ability to reproduce … they’re often eaten by birds or other fish before they can persist for long in the Colorado River.”

The humpback chub’s upgraded status won’t change future conservation, federal statute would increase flexibility in managing the species. Under the Endangered Species act, threatened species may be taken from their respective native habitats if such is done in the interest of conservation. Endangered species may not be moved beyond their historical range, nor can they be kept in captivity longer than 45 days.